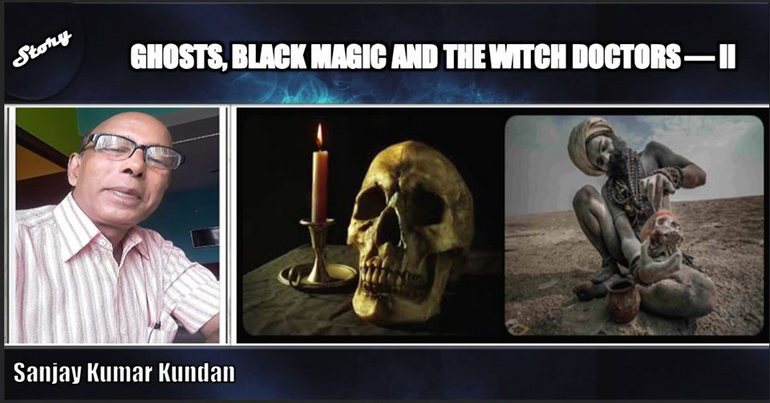 GHOSTS, BLACK MAGIC AND THE WITCH DOCTORS— II
by sanjay kumar kundan
---------------------------
In “Ghosts, Black Magic and the Witch Doctors—I” we came across so many horrifying categories of ghosts wandering here and there in dark with the sole intention of terrifying you and taking your life. Well, a couple of them were less dangerous still the encounters with them were not pleasant at any stretch of imagination.
Magic is an antidote, a spiritual treatment for those possessed by these naughty and dangerous evil spirits. This is the common belief of those who don’t pooh-pooh this ghost idea and very religiously believe in magic- black or white. Well, black magic is a negative façade of magic while white magic sends positive vibes. Still for good or for bad ends, the term of black magic is in common use. Magic is believed to be some coded knowledge. You decode it and acquire a power beyond imagination.
So many witch doctors- the sadhoos, aghories, tantriks and others practice in different ways to unfold the mysteries of magic-black or white in Nimtala Ghat in Kolkata, Mayong in Assam, Kamrup Kamakhya temple situated on the Nilanchal Hill in the western part of Guwahati and at so many places in India. The practices of aghories are obnoxious and blood-chilling- in the dead of night they do their penance at the cremation places with human skulls and dead bodies- it is said that they eat the flesh of dead bodies. Some of these practise their rituals through sexual acts in a bid to reach penance through intercourse.
If you happen to witness these witch doctors- tantriks and aghorees at Manikarnika Ghat in Varanasi or Nimtala Ghat in Kolkata or at other similar places in India, an unknown fear will rattle your nerves. They look like dangerous lunatics lost in themselves talking to the invisible spirits. And some of them are less fear inspiring by their appearance- they are like some average pundit clad in dhoti-kurta yet their chants and commands to the unknown and invisible spirits need guts to stand.
People with interest in Para- Psychology or those with whom, they suppose are the spirit-stricken patients go to certain places in India, which are seats of magic- black or white. Let’s take a cursory glance of those places. To begin with we travel to a small village Myong in Assam with many of mysterious stories in its fold. People say that Myong, forty kilometres away from Guwahati, is the capital of black magic in India. Everyone in this small village is a staunch believer in the powers of the unknown, the ghosts and evil spirits and exorcism to fight them all. You will find everyone with an incredible story at one’s lips. How a man can be turned into a beast or a bird by magical powers, a leaf into a fish or a fly and then all vanishes. But all depends to what extent one has decoded the coded knowledge. The witch doctor is called Bez in local tongue. At every step you will find a Bez here- almost hundred Bezs live in this village. It is believed that they have enslaved many spirits and they cure the diseases with the help of these invisible ‘junior doctors’ In the cases of acute pain, they stick a copper plate at the back of the patients, the copper plate absorbs all pain, gets hot and falls on the ground. But financial hardship is there, the Bezs cannot survive on their magical practice alone so they work in the field as mere labours.
Mayong has an unwritten history of black magic in its folklores and verbal transition of incredible stories from generation to generation. But if you explore the Mayong Central Museum and Emporium, you can find some ancient books on black magic.
Now we move from one mysterious place Mayong to another mysterious place Kamrupa Kamakhya temple. In  fact, this temple links with a Hindu mythology of Lord Shiva, the immolation of his wife Sati in the yagya pyre of her father and then the tandav (destruction dance) of Shiva carrying the corpse of his wife on his shoulders. The places where the organs of the corpse fell became a shaktipeeth (seat of power)—the temple of Kamrupa Kamakhya is one of them. 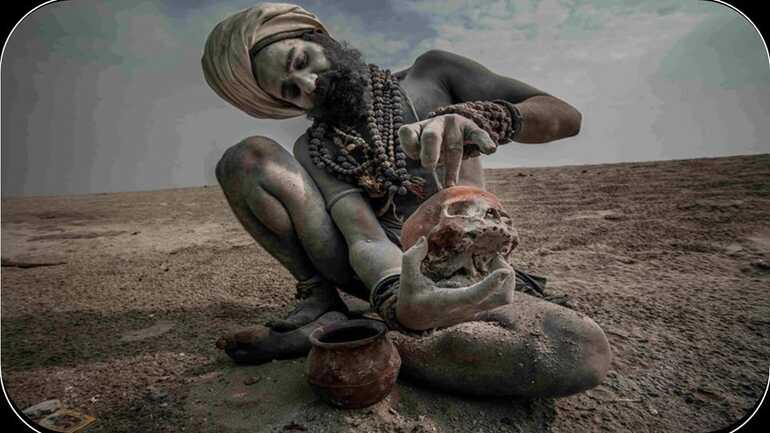 You will find many of aghoris, who are basically the followers of Lord Shiva here. This temple is linked with black magic also, rather white magic. As special rituals of exorcism are performed here and so many patients supposed to be either possessed by ghosts or prey of black magic attend these rituals conducted by the aghoris and tantriks for their cure. It is like university of magic and it is must for not only the patients but the witch doctors also to attend the ‘classes.’ The believers say that ten invisible Maha Vidyas (Super knowledge) reside in the temple complex. If you want to be a witness to a huge assemblage of tantrics and aghoris, attend the Ambubachi  Mela organised here.
Other than the above places Kushbhadra River, Odisha, Peringottukara, Kerala and  Sultanshahi, Hyderabad are also known for dark magic. And still there are thousand places unknown for any supernatural adventure and experience yet the faith in the unknown and the fear of the unexplained are very much there in their soil.
When we talk of the ghosts, black magic and the witch doctors, the scientific temperament reacts about their veracity. On the other hand blind faith says science has yet to explain and explore about this Bermuda triangle of supernatural experiences. The believers say, ‘there are more things in heaven and earth, than are dreamt of in your philosophy.’ We are still dangling between reason and superstitions. But the ghosts and their stories are so much intermingled in our culture and folklores that we cannot leave the temptation of a little curiosity for and a little fear from the unknown.
*** 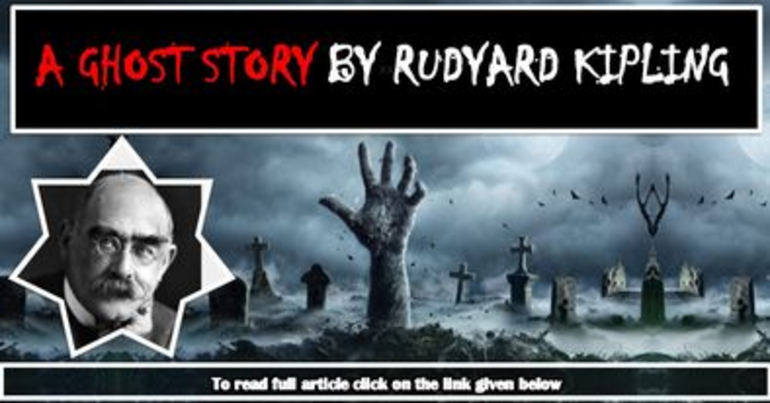 A GHOST STORY BY RUDYARD KIPLING 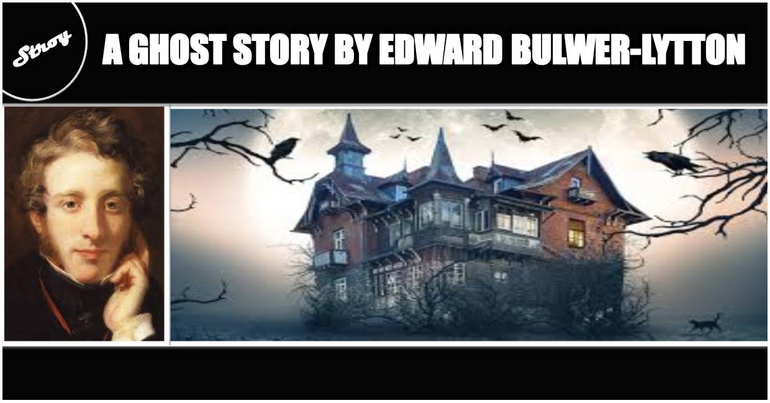 A GHOST STORY BY EDWARD BULWER-LYTTON 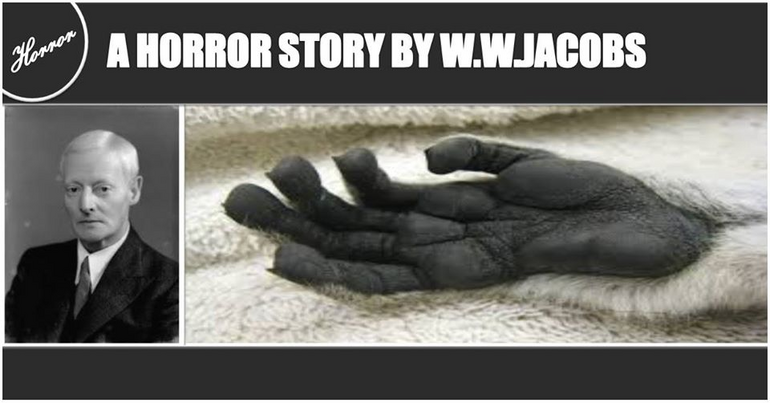